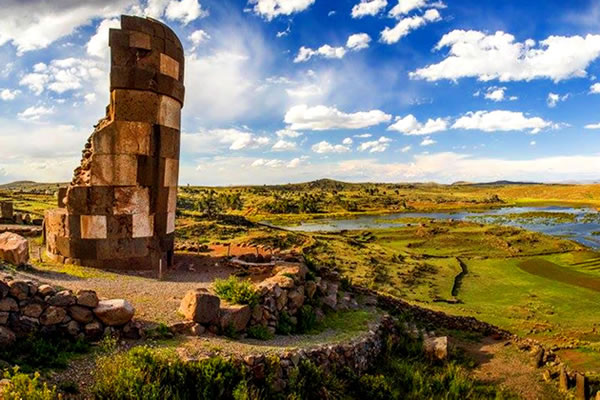 DESCRIPTION OF THE ARCHEOLOGICAL COMPLEX OF SILLUSTANI:

Located 34 km. From the Puno City, on the peninsula of Umayo lagoon, in this place found the most mysterious and awesome cemetery tombs, called Chullpas, from pre-Incas (Collas and Lupacas) and Incas, this funerary towers with shapes of Inverted cones and square. The funerary towers most important is known as lagartos’s chullpa, it’s the most representative attractive of Sillustani. Those funeral towers were built by an Aymara-speaking tribe that dominated the Puno region before the Incas. Ancestor worship was an integral part of the Aymara culture, and the cylindrical towers were built to provide a connection between life and death. Each tower contained the remains of one important member of the tribe mummified in the fetal position to recreate birth. The person was buried with prized possessions as objects of gold, silver, pottery utensils and food to take to the next world, this custom (it was practiced) because beliefs said that after the death resurrected elsewhere where they had to eat and drink, as they did before dying.

The tour of Sillustani you can do on the way to the Airport; from Puno-Airport (Juliaca) or Airport (Juliaca)-Puno¸ to use your time and economize their journey since their arrival to the Airport of Juliaca – Visit to Sillustani – Hotels in Puno or (Viceverse), according to your flight departure and arrival, our private transportation and guide will be waiting for you, (45 min of travel approx.) for Beginning with the tour, your guide will give you, details explanation about archeological complex of Sillustani, where are the Chullpas remains from Pre-Incas and Incas cultures, that were built to provide a connection between life and death. Each tower contained the remains of one important member of the tribe mummified in the fetal position to recreate birth, during (1 hour 30 min approx.) we will visit the different funerary towers and also we can see the beauty landscape of the Lagoon Umayo surrounding this archaeological complex.

NOTE: The hours are flexible for private trips according to our customers.

You maye take this: 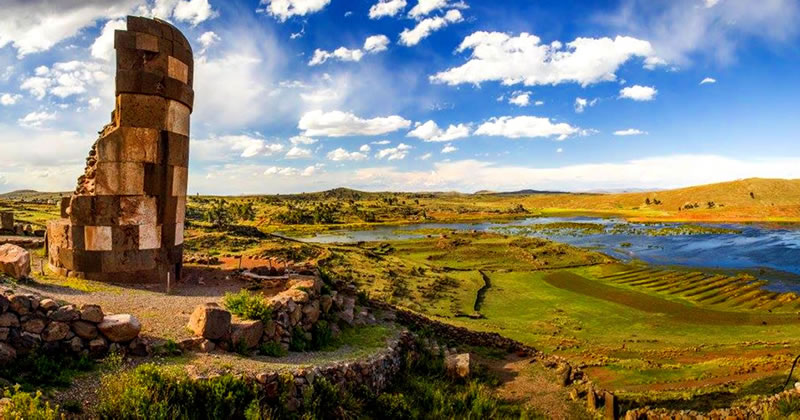 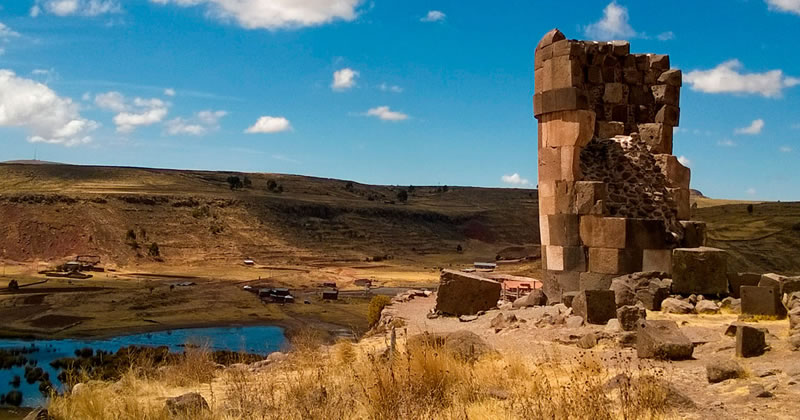